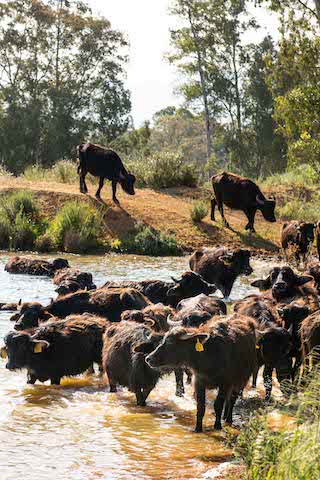 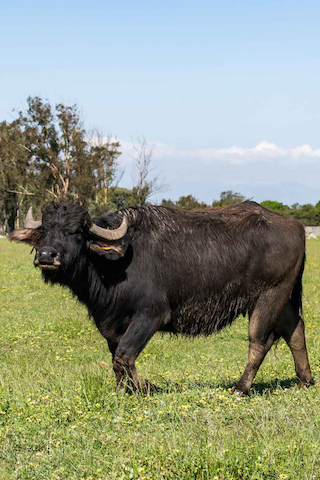 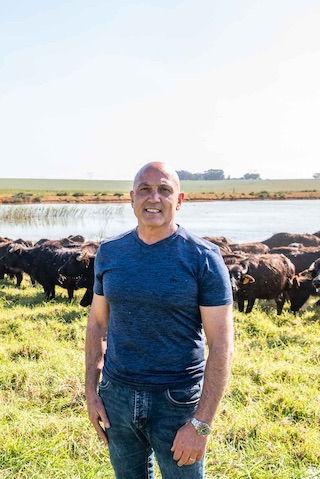 Durbanville, South Africa – Zandam Italian Cheese has acquired a herd of 174 Mediterranean Water Buffalo to start production of Mozzarella di Bufala as soon as possible. The cheesery has been crafting true and authentic Italian cheese since 1962 at its premises next to the R312 to Durbanville in the Western Cape, South Africa.

The buffaloes were acquired from Buffalo Ridge who imported the first, and at the time only, 24 water buffalo into South Africa. The initial 24 arrived at OR Tambo International Airport on the 9th of August 2006. The herd has been bred to its current numbers by Wayne Rademeyer for production of Buffalo Mozzarella at Buffalo Ridge farm outside Wellington. With the sale, Buffalo Ridge will no longer be producing the cheese.

The relocation of the herd from Buffalo Ridge to two Zandam properties started on the 1st of October, 2020. The cows producing milk will remain at their current location until all preparations for production is in place at Zandam, to ensure as little stress on the animals as possible.

“The herd will roam on the Zandam property as well as at De Hoop, situated next to the R44, another asset belonging to Zandam Property Holdings. These farms have enough pasture to keep the animals pasture-fed as far as possible during their growth phase. De Hoop also has a beautiful dam, which is important for their thermoregulation. These buffaloes need wallows, rivers or dams to thrive,” says Mauro Delle Donne, Managing Director of Zandam Italian Cheese.

The company already produces a wide range of award-winning Italian cheeses, most recently being awarded first place in the 2020 South African Dairy Championship for its Mascarpone, Ricotta and Scamorza (smoked mozzarella). The Burrata achieved a second place in its category, with the Provolone achieving a third place.

When production commences, Zandam will be the only local, commercial producer of true Mozzarella di Bufala, adding value for its loyal customers who it has been supplying to since the 1960s . The company will also be offering it as widely as possible directly to customers via interested retail partners.

Due to the small volumes the cheese will be hand-stretched, while the moulding of the balls will be done with existing Zandam equipment. Zandam’s factory is FSSC 22000 certified – an internationally accepted food safety accreditation. The company prides itself on striving for waste-free production. As it makes different styles of cheese, very little dairy is wasted. The award-winning Ricotta cheese, for example, is made from left-over whey from other cheesemaking

processes. Any remaining whey, after all processes are concluded, is fed to the pigs

“We are really excited about the opportunities that this new venture presents,” says Mauro. “Our products are authentically Italian, but we are proudly South African, too. Offering a locally produced Mozzarella di Bufala to our customer base will add value for all parties concerned.”

The Delle Donne family has been crafting Italian cheese since 1962 in the heart of the Cape Winelands.

Famous for their poultry originally, the family has always made their own cheese, guided by nonna Giovanna, as was traditional for Italian subsistence farmers. Later on, Matteo (current managing director Mauro’s father), would go to Cape Town to deliver fresh eggs to the local Italian, Greek and Portuguese immigrant communities. It soon became evident that there was a great demand for cheese. No one else in South Africa was making authentic Italian cheese and the Delle Donne products gave these communities a welcome taste of home. Word soon spread and Zandam Italian Cheese’s customer base grew. In fact, the cheese became so sought after, that the family decided to focus exclusively on the cheesery from the late 1970s onwards.

Mauro Delle Donne, the current owner of Zandam Italian Cheese, is a cheesemaker at heart. Having spent many years in the cheesery, learning from his mother Iolanda, Mauro still regularly travels to Italy to ensure that Zandam cheese remains authentically Italian in every sense. Zandam Italian cheese is also proudly South African. A strong South African influence inspired the family cheesemaking through the loving and skilful mentorship of family friend Ken Borchards, a pioneer in the cheese industry.